Sticking to what I'm bad at 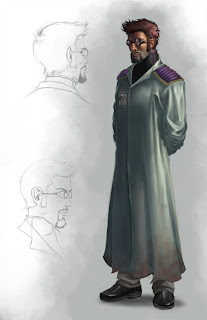 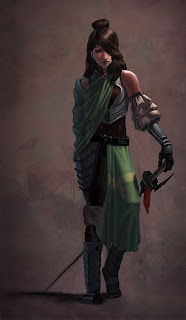 Over the last 7 or 8 weeks I've had an unusually large number of people tell me how much I suck at characters and how much better my background work is. Most of these people suggested that I work on my characters less and focus on my backgrounds more. This advice was both logical and well intentioned. I mean if I'm going to send portfolios out to companies in the hopes of getting hired, then I better send them some beautiful depictions of the things that I'm best at right? So I decided to go ahead and do the exact opposite. While I DO see the logic in strengthening my oh so "well-developed background muscles", I would be doing my happiness a disservice by neglecting to strengthen my ability to design characters. I prefer to tackle my weaknesses and bring them as close as possible to my existing strengths before going back to the things I'm better at. Over the last month and a half or so, I've been consistently sketching characters in my sketchbook and hitting up the life drawing sessions as much as possible in hopes of strengthening my weaknesses, which I think is my responsiblity as an artist. Above are the fruits of my labors. While I'm not even CLOSE to the level I would like to be at in terms of arting awesome characters, I think I've made some significant improvements.